/consumer/press/press-releases/2013/article.page?
Skip to content
You are here:
Back to Article created: 20th March 2013 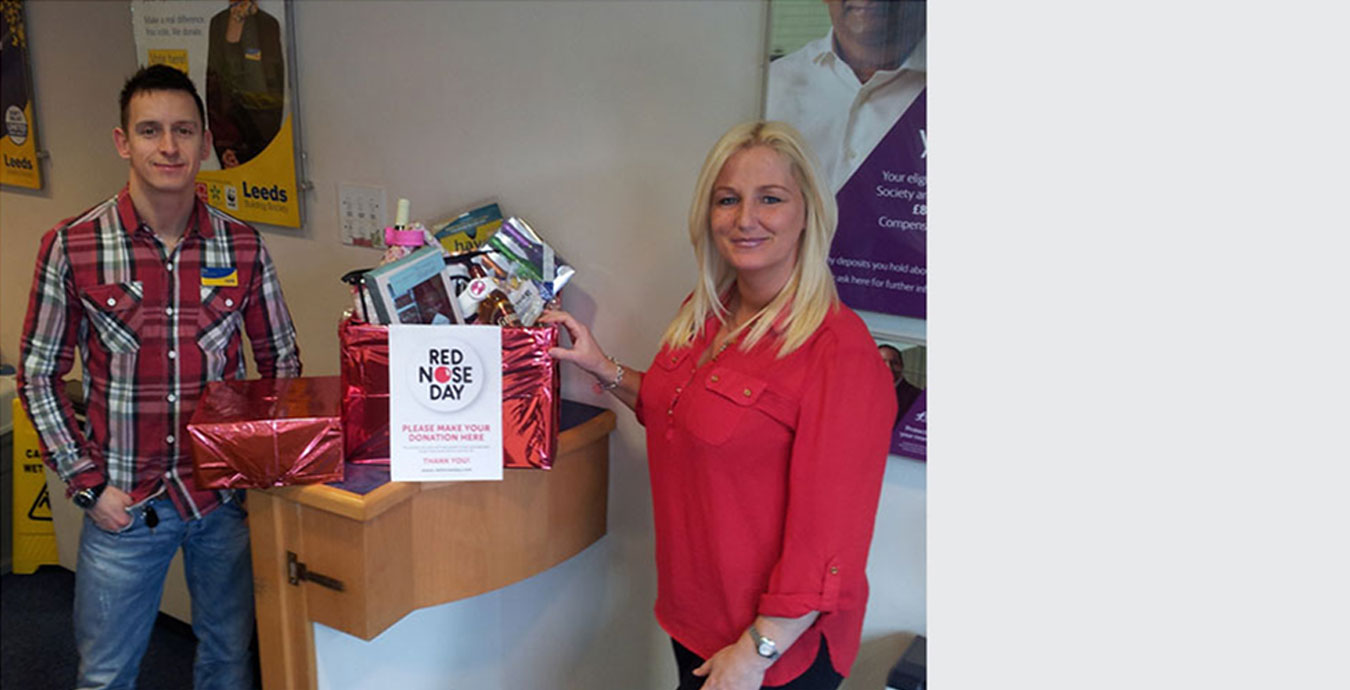 Staff at the Silverlink office of Leeds Building Society raised £215 on Red Nose Day 2013 to raise funds for Comic Relief. In additions to the fundraising efforts from staff, at Mercantile House, Kingfisher Way on Silverlink Business Park, fundraising and donations from members of the public took place across the Society's 11 branches in the North East.

Silverlink branch staff This included the mutual's Wallsend branch, where staff got into the fundraising spirit by dressing in onesies for the day. Lara Mant, Leeds Building Society's Wallsend branch manager said, "It was great to get involved on Friday and 'do something funny for money' to raise funds for a great cause.

"Customers can continue to make donations towards Comic Relief at any of our 11 branches in the North East until the end of March."

2013 marks the 25th anniversary of Red Nose Day, which has raised over £600m and helped to change lives both in the UK and Africa.

Leeds Building Society has 67 branches throughout the UK, Gibraltar and Ireland and assets of £10.3bn (as at 31 December 2012). The Society has operated from the centre of Leeds since 1886.