John Manship has retired from Leeds Building Society after a career spanning over 44 years. He joined, straight from school aged 18, on 1st October 1968 as a Cashier Clerk at the Society’s Sheffield branch, the city where he was also born and educated to A-Level standard. John left his hometown in 1976 to move to Dewsbury, as the Society’s Branch Manager. He lived in Mirfield for a number of years and has lived in Ossett since 1989. John has been married twice, his current wife is Therese and he has a son, Oliver, and two step-sons Ben and Tom.

When John started work at Leeds Building Society in 1968, the British Post Office introduced 1st class post and the Boeing 747 made its maiden flight. Also in 1968, the first Big Mac went on sale in McDonalds and Will Smith and Celine Dion were born. Popular films of the year were The Graduate and Bonnie and Clyde. The number one single on John’s first working day was ‘Those were the Days’ by Mary Hopkin, which stayed at number one for six weeks.

The role John retires from is Branch Manager in Dewsbury, a role he returned to in April 2011 after an absence of 18 years. John first came to Dewsbury as Branch Manager in August 1976 and stayed there 17 years until 1993 when he moved on to manage the Society’s branches in Bradford and Huddersfield. Different roles and responsibilities followed for John, including District Manager for West Yorkshire and Area Sales Manager in Leeds. He also had a lengthy spell as a District Development Manager in the Intermediary team, followed by Doncaster Branch Manager.

Kim Rebecchi, Leeds Building Society’s Sales and Marketing Director said, “John has been a great credit to the Society and I would like to thank him, on behalf of the Senior Management Team and the Board of Directors, for the contribution he has made. For a building society which has been in existence for 138 years, it’s amazing to think one man has worked at the society for almost a third of that time. He is a tremendous ambassador for Leeds Building Society.”

Speaking at his retirement presentation John Manship said, “I have had a wonderful forty four years and made some great friends. I’ve some terrific memories and would like to thank everyone who I have worked with and who has supported me during this period.

“I was 63 in January, but my wife didn’t want me to retire until I’m 64 in January 2014. This is because she retires then and she doesn’t want me sat at home twiddling my thumbs! Having said that, I am looking forward to attending Leeds Building Society’s pensioner’s lunch in December and meeting up with some old friends.” 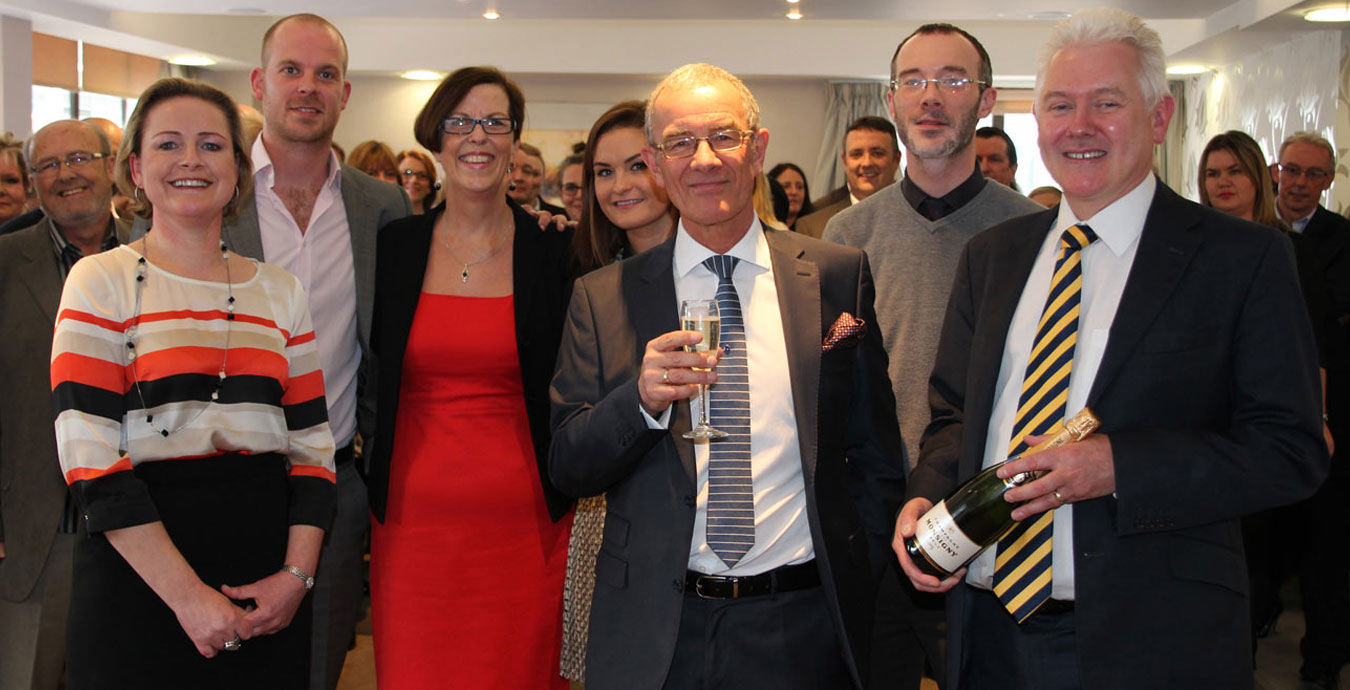 Leeds Building Society has assets of £10.3bn (as at 31 December 2012) and 67 branches throughout the UK, Gibraltar and Ireland. The Society has operated from the centre of Leeds since 1886.