Jonathan Bell has been crowned as the overall winner of the prestigious Excellence in Action Annual Award at Leeds Building Society. The prize is worth £1,000 and is awarded annually to the member of staff who has consistently excelled throughout the year and performed at a level above their role. The Excellence in Action awards scheme was launched by the Society in 1999 and this is the 13th Annual Award.

The award was presented at a special luncheon for the shortlisted candidates and was attended by the Society’s Chief Executive, Peter Hill, Finance Director, Robin Litten, Sales and Marketing Director, Kim Rebecchi and Operations Director Karen Wint.

Jonathan Bell is Leeds Building Society’s Mortgage Lending Systems Manager. During 2012 he continuously provided excellent support and a fantastic service to both Mortgage Lending and other areas of the business. Jonathan also supported the Treasury team with an external audit and file review for a securitisation project. His knowledge and diligence were crucial in securing Leeds Building Society a AAA rating on its debut securitisation project, thereby enabling the Society to issue £397m of bonds.

Jonathan was nominated by Claire Wilkin, Project Manager, and Ruth Mawson, Assistant Group Treasurer, at Leeds Building Society. In the nomination they said, “Jonathan played a pivotal role in assisting with the covered bond pool audit and file review. Drawing on Jonathan’s extensive experience and knowledge was vital to achieving a successful outcome. He delivers this exceptional support without any fuss and in an efficient and friendly manner. Jonathan Bell is a credit to Leeds Building Society and a valued and loyal colleague.”

Commenting on his award Jonathan Bell said, “To be nominated for this award was an honour. To share the lunch with other colleagues who had been nominated for their excellence was an inspiration. I think I can speak for all by saying that it feels great that our contributions have been acknowledged but more importantly that we do make a difference. I believe the phrase that best describes the day, and expressed early on in the event, is that everyone’s a winner.” 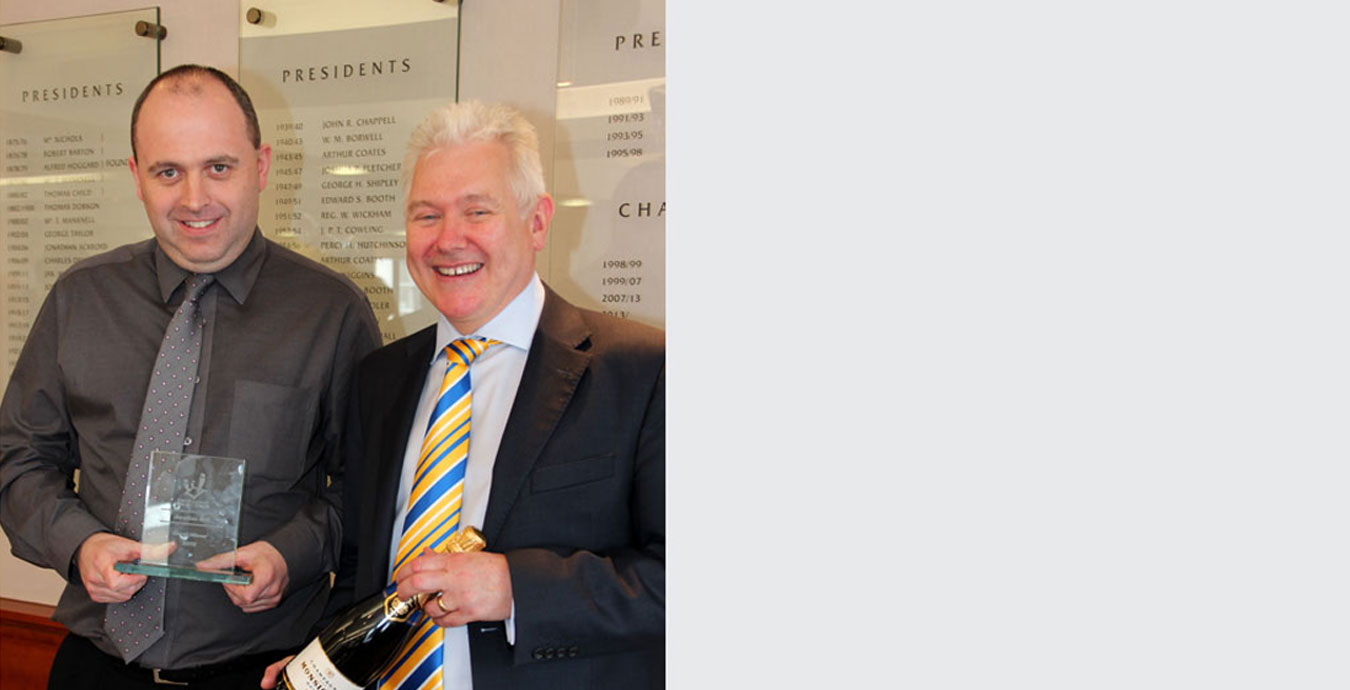 Leeds Building Society has 67 branches throughout the UK, Gibraltar and Ireland and assets of £10.3bn (as at 31 December 2012). The Society has operated from the centre of Leeds since 1886.