/consumer/press/press-releases/2013/article.page?
Skip to content
You are here:
Back to September 2013 Article created: 17th September 2013

A team of fourteen staff from Leeds Building Society’s sales team are completing the National Three Peaks Challenge in aid of the British Heart Foundation between Friday 20th and Sunday 22nd September. The ‘Hearts and Sole’ team are climbing the highest mountains of Scotland, England and Wales; Ben Nevis in the highlands, Scafell Pike in the Lake District and Mount Snowdon in North Wales.

The 14 staff from Leeds Building Society are drawn from a selection of the Society’s branches. They will be joined on their challenge this weekend by Debbie Jackson from Legal and General.

The event is being organised by Wayne Robinson, Regional Sales Manager for the Society’s Leeds branches. Wayne said, “In total we will clock up around 1000 miles involving 22 hours of driving, reaching in total 11,177 feet of altitude and some 24 miles of trekking over a total of around 15 hours! Leeds Building Society is hoping to raise £11,000 for this amazing charity - £1 for every foot in altitude our team will climb!”

Sue Green, Fundraising and Volunteer Manager at the British Heart Foundation said, “The National Three Peaks is a fantastic challenge, very hard work, but a total achievement for the Leeds Building Society team ‘Hearts and Sole.’ We rely on people taking part in events such as this, and organising their own events, to enable the BHF to continue its fight against heart disease. Our scientists are fighting for every heartbeat and money raised helps us fund hundreds of top scientists all over the UK, working on more than a thousand different research projects. They’re all fighting to help heart patients: finding new, better treatments for people with heart disease, and developing new ways to better prevent or diagnose it. I would urge people to support the Leeds Building Society team by sponsoring them. Their justgiving address is https://www.justgiving.com/fundraising/hearts-and-soles.” 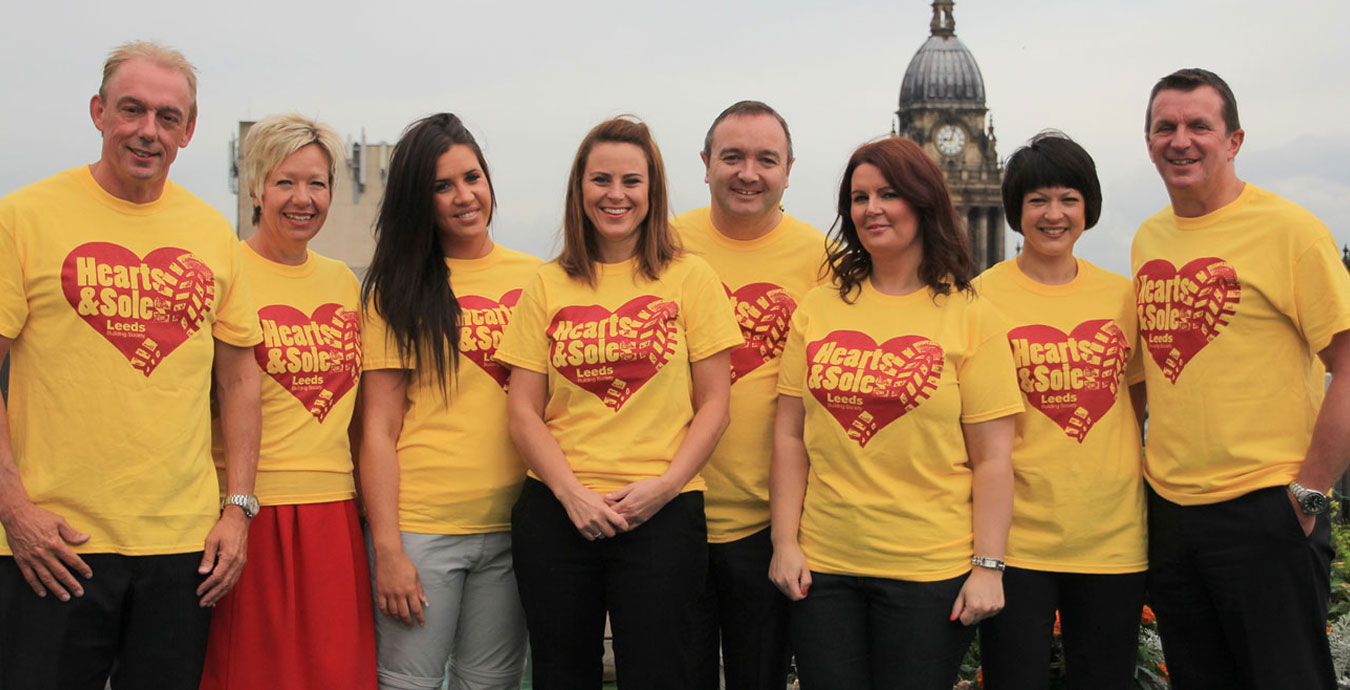 Leeds Building Society has 67 branches throughout the UK, Gibraltar and Ireland and assets of £10.8bn (as at 30 June 2013). The Society has operated from the centre of Leeds since 1886.