Cheryl Keeler has been crowned as the overall winner of the prestigious Excellence in Action Annual Award at Leeds Building Society. Cheryl is the mutual's Direct Mortgages manager.

The prize is worth £1,000 and is awarded annually to the member of staff who has consistently excelled throughout the year and performed at a level above their role. The Excellence in Action awards scheme was launched by the Society in 1999 and this is the 14th Annual Award. The award was presented at a special awards luncheon for the shortlisted candidates, held at the Society's Head Office in Leeds and attended by the Society's Chief Executive, Peter Hill, Finance Director, Robin Litten, Sales and Marketing Director, Kim Rebecchi and Operations Director Karen Wint.

Cheryl also received the 'Most Inspirational Leader' award at this event, and the Direct Mortgages team she manages received the 'Great Team Work Award'.

Leeds Building Society's Direct Mortgages team delivered some fantastic results last year. Retaining such a strong team ethos and their exceptionally high standards has not been easy but there has been one constant - their manager, Cheryl Keeler. Her exceptional abilities in recruiting, training, developing and supporting her colleagues have all delivered a fantastic team who day after day deliver what is required of them by the business and our customers.

Kelly Shippen, Head of Contact Centres at Leeds Building Society said, "Cheryl just wants to be the best leader she can possibly be. She has nurtured a department which has excelled in delivering exceptional standards. I can honestly say I have never seen anyone put as much energy and enthusiasm into a role.

"Her application to both her work-life and home-life is really quite outstanding as she balances her team, her family, her own sporting achievements plus the charity work she undertakes.

"Leading and inspiring a team every moment of every day can be described by some people as impossible, yet for her it seems effortless. Her character and behaviours are inspiring to most that come into contact with her and I am lucky to have her working for me."

Commenting on her award Cheryl Keeler said, "To be nominated for this award was an honour. To share the lunch with other colleagues who had been nominated for their excellence was an inspiration. I think I can speak for all by saying that it feels great that our contributions have been acknowledged but more importantly that we do make a difference. I believe the phrase that best describes the day, and expressed early on in the event, is that everyone's a winner." 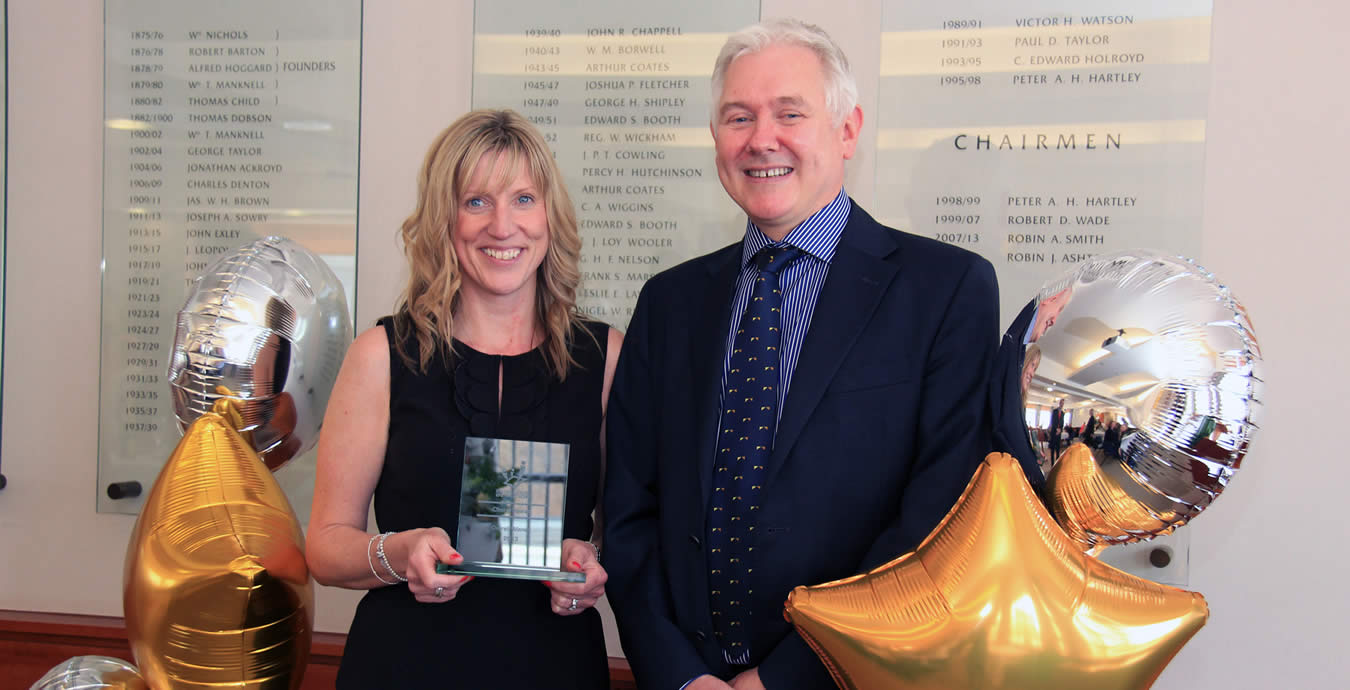 Leeds Building Society has 67 branches throughout the UK, Gibraltar and Ireland and assets of £11.2bn (as at 31 December 2013). The Society has operated from the centre of Leeds since 1886.