/consumer/press/press-releases/2014/article.page?
Skip to content
You are here:
Back to June 2014 Article created: 9th June 2014

Leeds Building Society has welcomed an exciting collaboration between two of its key partners to raise cash for a very worthy cause. Leeds Rhinos today unveiled their eye-catching new charity strip – complete with the logo of Marie Curie Cancer Care - and will be donating a percentage from all sales of their new limited edition yellow jerseys to the charity.

"The Rhinos are great supporters of our charitable and community activity and we hope our combined efforts this summer will raise as much money as we can for Marie Curie to support its vital work helping terminally ill people, their families and carers."

"We are always looking for slightly different kit ideas whilst using our traditional colours – and we think it looks great."

Rhinos fans will be able to show their support for Marie Curie at Headingley this month – the charity will be accepting donations during home matches against Huddersfield Giants on 12th June and Catalan Dragons on 29th June.

Liz Howlett, Fundraising Manager for Marie Curie Cancer Care in Yorkshire, said: "We are absolutely delighted to be receiving such incredible support from both Leeds Building Society and Leeds Rhinos.

"All the money raised from the sale of the fantastic new charity strip and the donations given at the matches in June at Headingley will help us care for more people with terminal illnesses in their own homes and in our hospices." 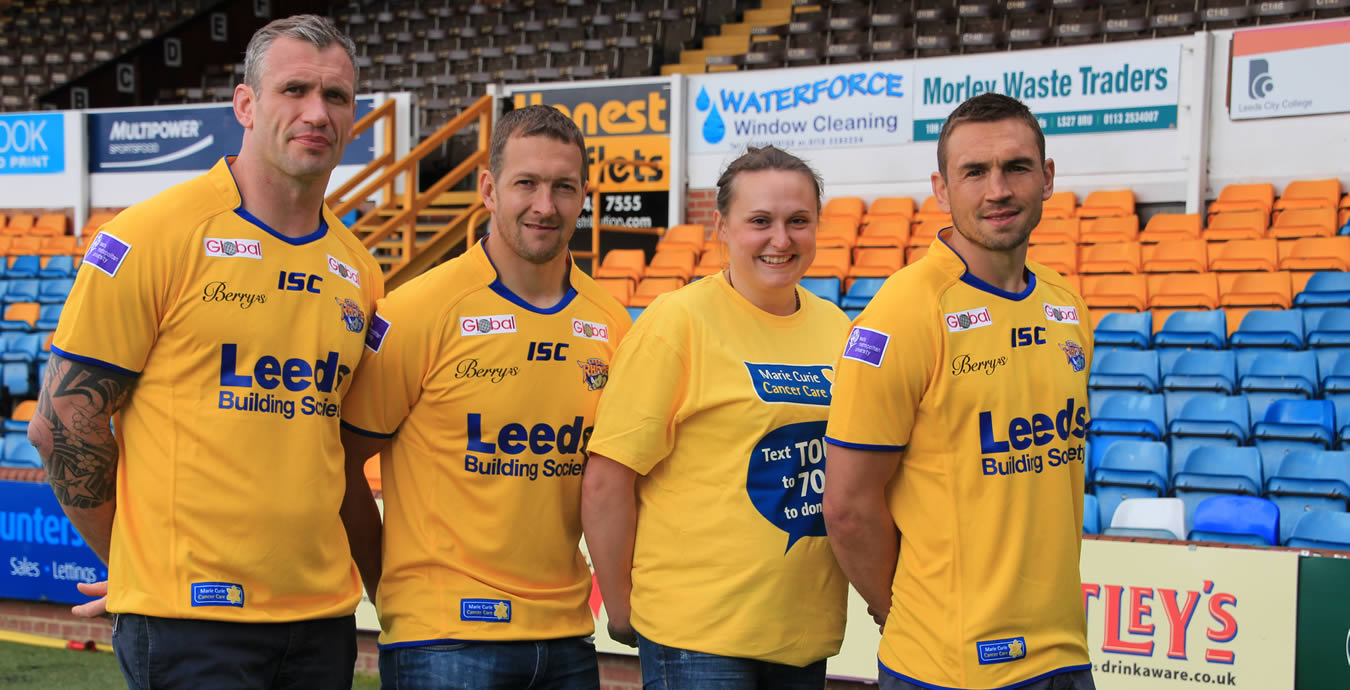 A hi-res version of the photo is available – please call the Leeds Building Society press office on 0113 225 7903.

Leeds Building Society has 67 branches throughout the UK, Gibraltar and Ireland and assets of £11.2bn (as at 31 December 2013). The Society has operated from the centre of Leeds since 1886.