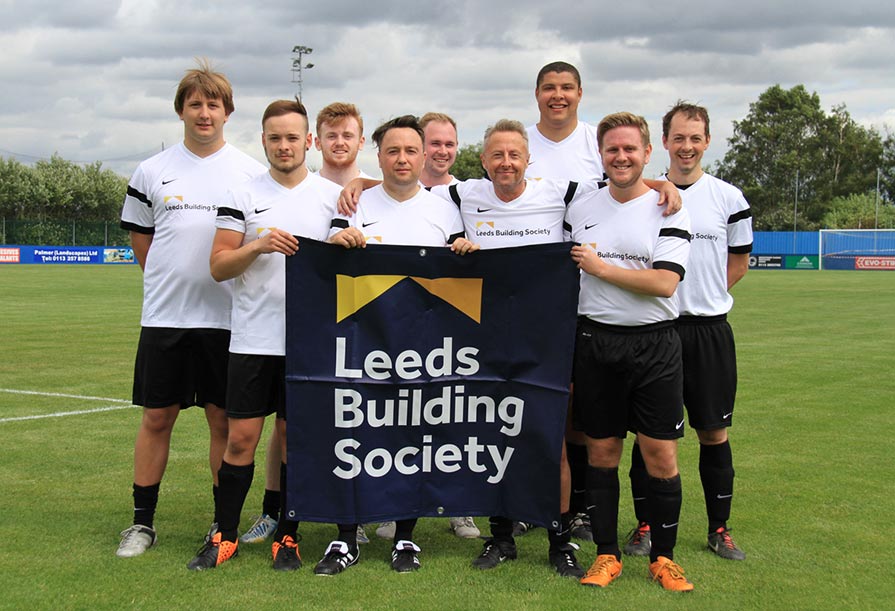 In total £480 was raised, with £300 through raffle ticket sales and £180 via spectator tickets. Leeds Building Society paid the £75 entry fee. The total funds raised will go to St George's Crypt, a church-based charity which supports homeless and vulnerable people in Leeds.

The day kicked off at 12 noon with entertainment including a bouncy castle, face painting, games and stalls. Leeds Building Society reached the semi-finals of the event.

Leeds Building Society's entry into this event was co-ordinated by Armley branch manager, Chris Sykes, who said: "Our team were excellent on Sunday and did the Society, its corporate partners and themselves proud. "

"It was a great atmosphere on the day, the standard of football on display was very high and there was a good crowd in attendance. "

"We are delighted to have continued our association with St George's Crypt by raising £480 for them. This local charity provides food, shelter and support to homeless people in Leeds. "

"We will definitely be taking part in this event again next year, when our target will be to win the tournament."