/consumer/press/press-releases/2014/article.page?
Skip to content
You are here:
Back to November 2014 Article created: 26th November 2014

Leeds Building Society is the main club sponsor of Leeds Rhinos and the event, which took place at the mutual's Head Office branch in Leeds City Centre, was to celebrate the Rhinos emerging victorious in the 2014 Challenge Cup Final against Castleford Tigers. The event was also to celebrate the launch of the new Rhinos home shirt featuring the Society's new brand.

Lineham farm Children's Centre is a West Yorkshire charity enabling disabled and deserving primary school children from all over Leeds to be happy and have lots of fun whilst learning about the environment.

Leeds Building Society Head Office branch manager Michelle Capell said: "We were delighted with the turnout, and the generosity of people in raising £250 for Lineham Farm Children's Centre. This total includes £65 raised from a tombola, run by assistant managers at our Leeds branches.

"It was a great occasion and atmosphere with the Challenge Cup trophy, Jamie Peacock, Carl Ablett, Rob Burrow and Ronnie the Rhino in attendance. Furthermore, it was all in aid of raising funds for a terrific local charity." 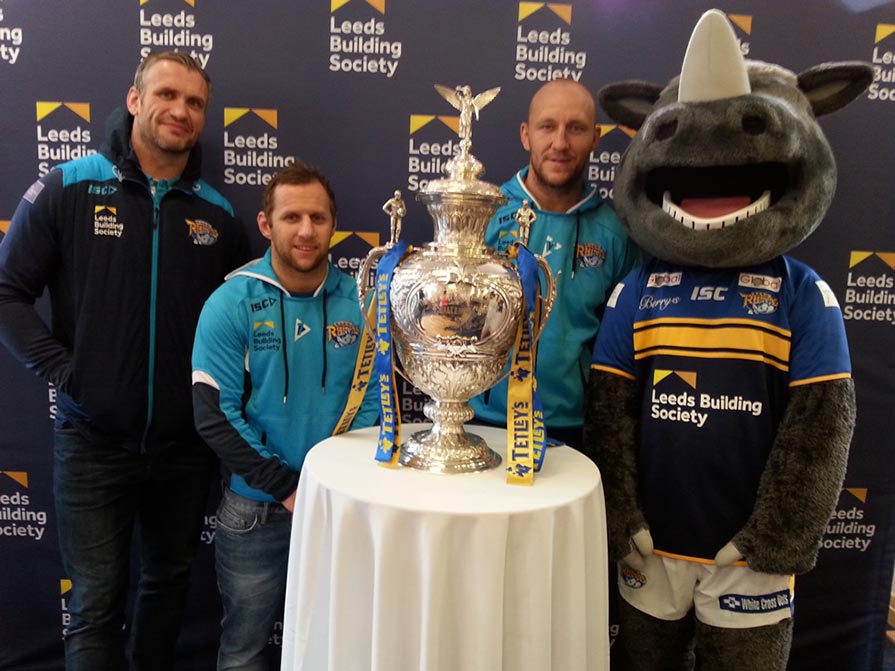 Lineham Farm Children's Centre (at Swan Lane, Eccup in Leeds) is home to primary school children from all over Leeds. They place particular emphasis on hosting schools whose children don't normally have the opportunity for a residential holiday and all of the activities that go with it. Over the course of the week, each child has their own journey of discovery from learning to climb their indoor wall or the high-ropes to cycling through forest trails and night walks. They are encouraged to push their boundaries whilst all the time being kept safe by brilliant and experienced staff.