/consumer/press/press-releases/2014/article.page?
Skip to content
You are here:
Back to December 2014 Article created: 15th December 2014 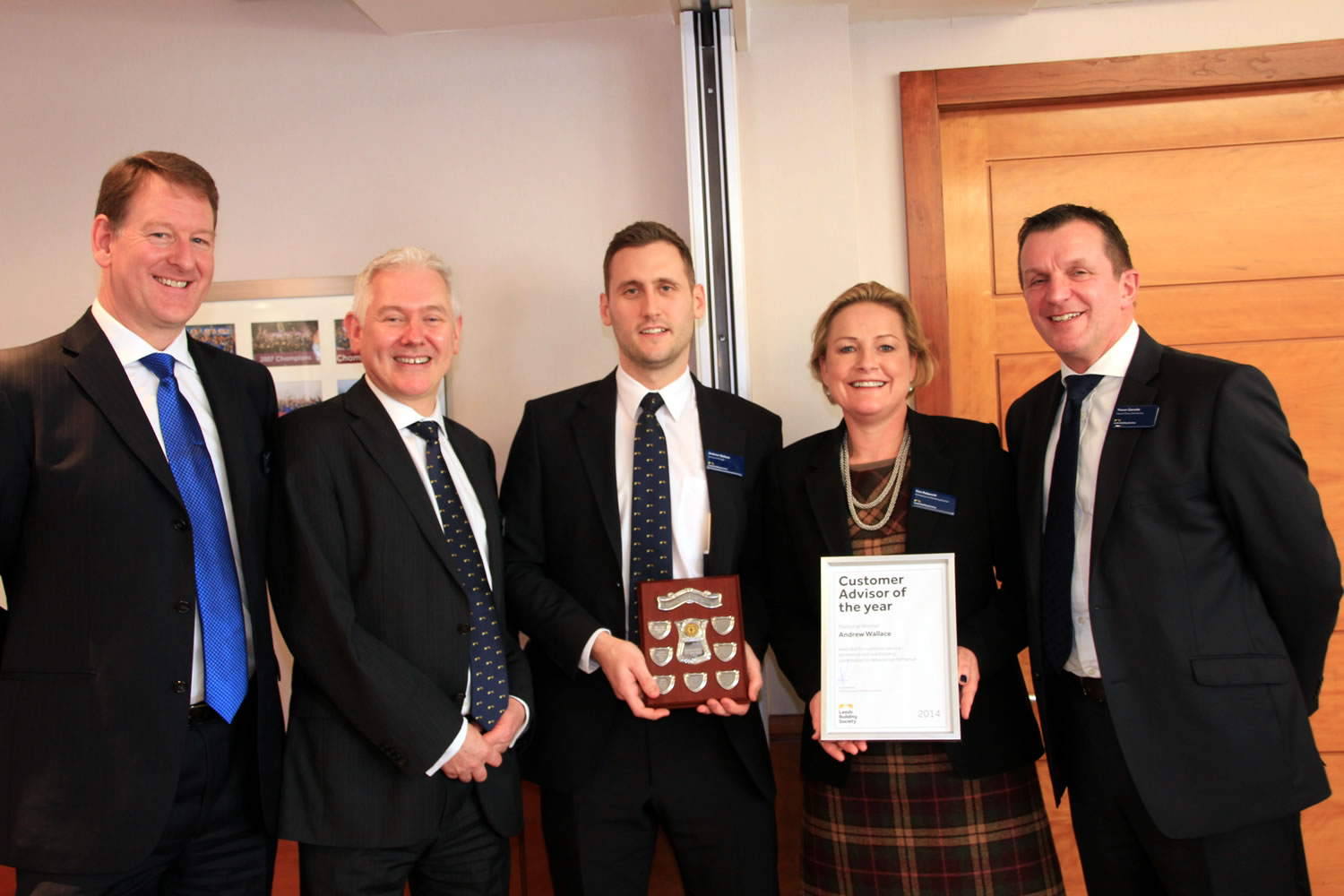 Andrew Wallace, Assistant Manager at Leeds Building Society’s Harrogate branch, has scooped the prestigious 2014 Branch Customer Advisor of the Year award. This prize is open to any branch advisor from across the Society’s 67 branches.

The award, now in its fifth year, was presented at a special luncheon for the shortlisted candidates and was attended by the Society's Chief Executive, Peter Hill, Distribution and Marketing Director, Kim Rebecchi, General Manager – Business Development, Martin Richardson, and Head of Direct Distribution Trevor Garside.

At the awards lunch 22 customer advisors, nominated by their regional managers, were recognised for their outstanding performance in the branch network. From these, six regional winners were presented with trophies, vouchers, certificates and champagne to mark their achievements. The overall winner award was then presented to Andrew Wallace, Assistant Manager at Leeds Building Society’s Harrogate branch.

Trevor Garside, Head of Direct Distribution at Leeds Building Society said: "Since we launched these awards four years the standard of all the finalists has been extremely high. We look for individuals who are relentless in their desire to deliver on all fronts and Andrew is an outstanding example of this and shows a real focus to succeed. His ability to communicate in a clear and concise manor enables him to deal and work with people on all levels and deliver outstanding customer service to the people of Harrogate. His positive attitude has had a strong impact on the team promoting a 'can do' attitude in Harrogate that contributed to their overall success in 2014.”

Commenting on his award Andrew Wallace said: “It came as a wonderful surprise when I was awarded Branch Advisor of the Year for both the north region and the overall national winner. It’s a fantastic feeling to have my achievements recognised by not only my immediate manager, but by management throughout the Society. I will continue to strive for excellence throughout my career and try to assist others in achieving excellence for themselves.”