Leeds HR professional raises £550 for a great cause

A member of the HR team at Leeds Building Society’s Head Office raised £550 for a cancer charity by taking part in the Leeds Xpress Traithlon.

Janet Lightfoot successfully completed the Triathlon at Leeds Grammar School in one hour and 55 minutes, raising £550 for Breast Cancer Now - including £185 in matched funding from Leeds Building Society.

The event started with a 400m swim in the six lane indoor pool, followed by a 23.6km cycle along the A61 and finally a 5.4km off-road run on closed roads and tracks. Janet completed these three events in 11 minutes: 52 seconds, one hour: eight minutes and 31 minutes: one second respectively.

Janet said: “I knew my first triathlon would be a great challenge for me, especially having to combine all three activities, but what a great way to raise money for Breast Cancer Now.

“It’s a very personal charity to me as my mum has been affected by breast cancer, and I wanted to do something to raise funds for vital research.

“I am delighted to have raised £550 in total, and would like to thank everyone who has sponsored me and Leeds Building Society for providing matched funding.” 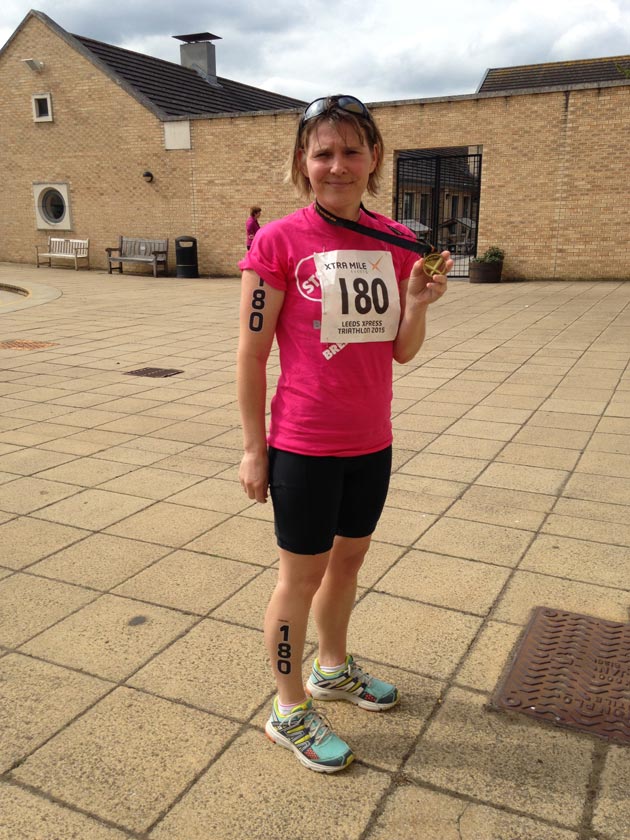 The justgiving address for the charity is https://www.justgiving.com/Breastcancernow

More information about the event can be found via http://www.xtramileevents.com/events/leeds-express-triathlon/

Leeds Building Society has 67 branches throughout the UK, Gibraltar and Ireland and assets of £12.1bn (as at 31 December 2014). The Society has operated from the centre of Leeds since 1886.