The team at Leeds Building Society's Cardiff branch has raised £700 for Alzheimer's Society this year.

Leeds Building Society celebrates its 140th anniversary in 2015 and its branches have been challenged to raise £140 each for the care and research charity for people with dementia and their carers.

"I'd also like to thank Wynne Evans for supporting our cause and taking time out to make it a very special day indeed."

"They have beaten their original £140 target, and helped us in our vison for a world without dementia." 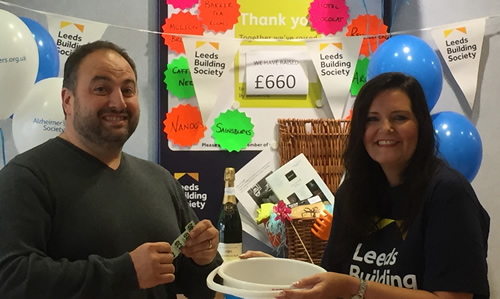