/consumer/press/press-releases/2015/article.page?
Skip to content
You are here:
Back to October 2015 Article created: 14th October 2015

Simon’s Coast to Coast trek raises over £3,000 for charity

A mortgage product manager at Leeds Building Society has successfully tackled the 192 mile Coast to Coast walk, over 13 days, from St Bees on England’s west coast to Robin Hood’s Bay on the east coast.

Simon Halladay, who is originally from Richmond in North Yorkshire and now lives in Baildon in West Yorkshire, has raised £3,145 for the Lymphoma Association – including £400 in matched funding from Leeds Building Society.

Simon said: “It's over 10 years since I was diagnosed with non-Hodgkin's Lymphoma and this summer was the 10th anniversary of finishing my treatment. To celebrate this I tackled the Coast to Coast - a 192 mile walk over 13 days from St Bees on the west coast to Robin Hood’s Bay on the east coast.

“I am delighted to have significantly beaten my original £1,000 fundraising target, and would like to thank everyone who has sponsored me and Leeds Building Society for providing matched funding.”

“We are extremely grateful for the generosity of Simon and his friends and family. The money raised will make a real difference to our work supporting people affected by lymphoma.”

Simon Halladay manages Leeds Building Society’s mortgage retention team and is based at its head office in Leeds. 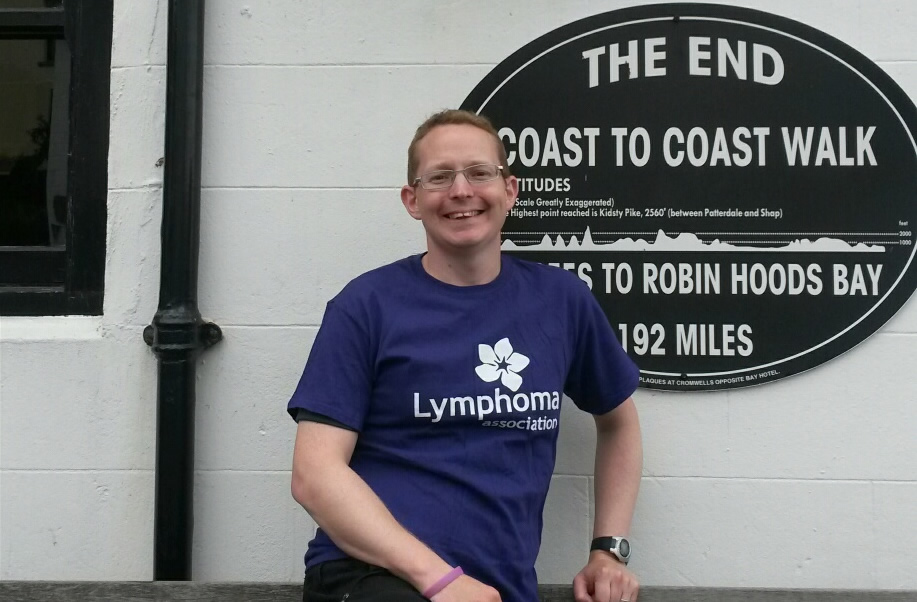 Simon Halladay is pictured at the culmination of the Coast to Coast walk in Robin Hood’s Bay.

Every 40 minutes another person learns they have lymphatic cancer. For most it’s the first time they've heard of it. The Lymphoma Association is the only charity in the UK solely dedicated to supporting them. With your help people can get the vital information and support they need to cope with a diagnosis.