/consumer/press/press-releases/2015/article.page?
You are here:
Back to November 2015 Article created: 17th November 2015

From whiteboards to wheelbarrows for Leeds IT

A team of 11 volunteers from Leeds Building Society’s IT department resurfaced a bridleway in Hetton in the Yorkshire Dales National Park.

Resurfacing Fairy Lane Bridleway called for 16 tonnes of blue limestone aggregate, which the volunteers had to move by wheelbarrow and then rake onto the path.

The team were taking advantage of the Society’s volunteering scheme, which allows all colleagues a day’s paid leave each year to help in the community.

Steve Corrigan, from the Society’s IT team, organised the day and said: “It was strenuous work but rewarding, especially when you could see the completed work.”

Yorkshire Dales National Park Authority Access Ranger Rebecca Heaf said: “Thanks again to everybody for their hard work. I hope no-one is feeling too sore.

“We managed to resurface 210m of the bridleway, which is brilliant. Thank you, you have made a real difference." 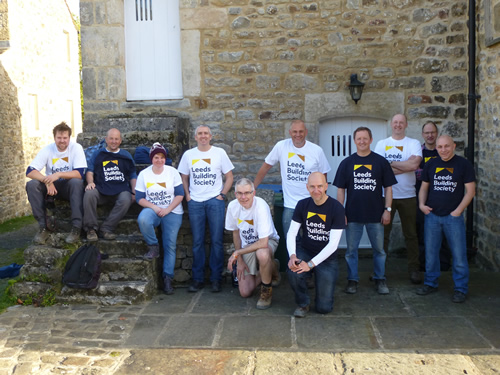