/consumer/press/press-releases/2015/article.page?
You are here:
Back to November 2015 Article created: 16th November 2015

Gareth has extensive UK and international financial services experience, latterly as a director of Legal & General plc and CEO of its International Division until his retirement in 2013. During his career, Gareth’s responsibilities have included Legal & General’s banking and insurance businesses, audit, remuneration and risk.

A qualified chartered accountant, he currently serves as a non-executive Director and trustee of Diabetes UK Limited and an advisor to the board of Green Park Partners Limited.

Commenting on his appointment, Gareth said “I understand the requirements of operating in a highly regulated environment and am excited to be joining Leeds Building Society’s Board at a time of strong growth and investment in the future of the business.”

Leeds Building Society Chairman Robin Ashton said: “I am delighted to welcome Gareth to the Board. His experience and expertise is highly relevant to the Society.

“Gareth has more than 30 years’ experience at an executive level in professional and financial services, including 10 years with Price Waterhouse covering retail and banking markets, before two decades as a senior manager and board member at L&G, its international subsidiaries and joint ventures.” 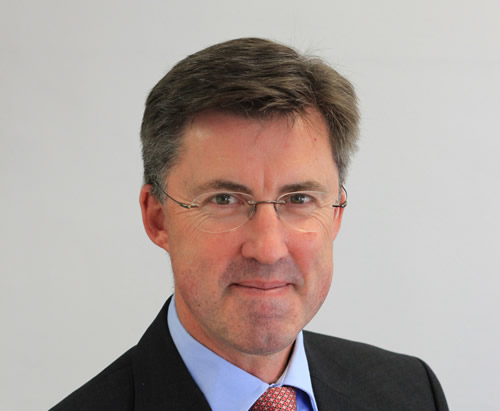 A photograph of Gareth Hoskin

A photograph of Gareth Hoskin is attached – please contact the press office on 0113 225 7903 for a hi-res version.

Awards won by Leeds Building Society in the past 12 months include the ‘Innovation Award (Lenders)’ at the Mortgage Finance Gazette Awards 2015, in addition to being named ‘Best Intermediary Lender’, both for the second consecutive year. The Society also received the award for ‘Best Use of Technology (Lenders)’.