Generous colleagues at Leeds Building Society’s branch in Morley have helped a regional charity who support older people to live safe, happy and independent lives in their own homes.

Society colleagues in the branch undertook various challenges during 2015 to raise £2,577 for South Leeds Live At Home.

Their contribution went towards a tail lift for the service users’ minibus. More than half the funds were raised by an abseil with the remainder from tombolas, and the service users even brought in some of the prizes themselves.

This initiative was organised by Debbie Bailey, Customer Service Advisor at the Society’s branch in Morley, who said: “It has been a pleasure working with South Leeds Live at Home. It’s fantastic they have achieved their goals, and we’re delighted the charity’s service users have benefitted from our donations.

“I’m so pleased my team have got involved with something different which can help others.”

“It’s a terrific effort, enabling us to adapt our minibus so our members with mobility problems can use it and access the services we offer to older people in our community.” 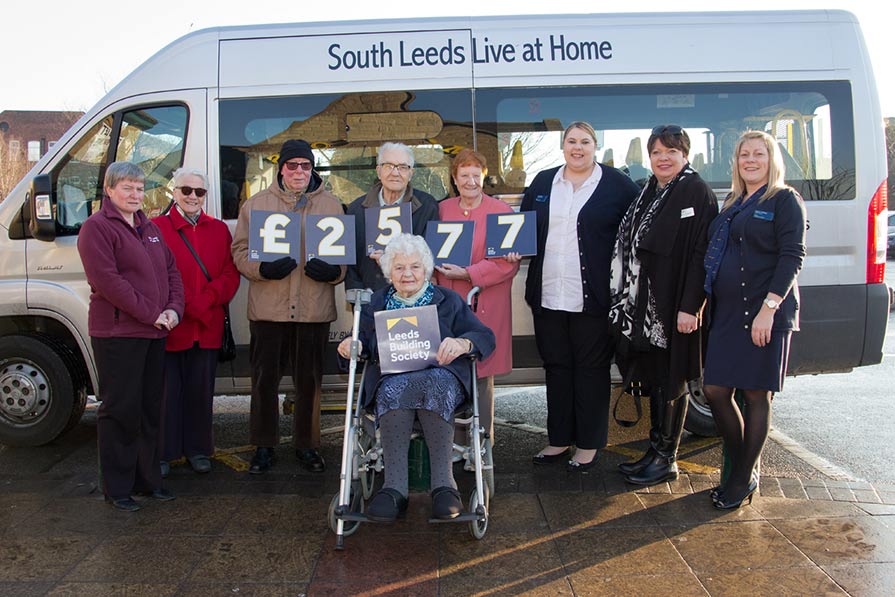 South Leeds Live at Home Scheme provides crucial support, empathy and friendship to the area’s senior residents who are still living in their own home. It exists to enhance the lives of older residents in South Leeds to sustain their independent living for longer.