/consumer/press/press-releases/2016/article.page?
Skip to content
You are here:
Back to January 2016 Article created: 21st January 2016

Memory boxes assembled by colleagues from Leeds Building Society’s Communications and Digital team are making a present of the past for people with dementia.

The team chose a variety of themes including the 50th anniversary of England winning the 1966 World Cup, The Queen’s Silver Jubilee in 1977, home economics, sport in Leeds, music and crafts.

Their aim was to stimulate memories for people living with dementia by bringing together items in the boxes which may hold special significance for that person.

The boxes were delivered to Armley Grange Day Centre in Leeds, which is run by the Alzheimer’s Society to support younger people living with dementia.

Helen Byrne, the centre’s community and day support deputy manager, said: “The boxes are fantastic! We can’t thank the Leeds team enough, they have done brilliantly!

“All kinds of pictures and bits of pieces from each era are packed inside - even including vinyl records which we are playing, and old sweets like sherbet dips and rainbow drops.

“They have brought back wonderful memories for our members, including things like street parties and baking cakes for the Queen’s Silver Jubilee.”

Nikki Marsh, Leeds Building Society’s Director of Customer & Digital, said: “We celebrated the Society’s 140th anniversary in 2015 with the theme of ‘making memories’ and we hope these boxes will help visitors to Armley Grange to recall happy times from the past.

“We already support Alzheimer’s Society through fundraising by our Colleague Charity Group and the memory boxes were a different way we could help.

“I’m very grateful to my team for taking the time to put these memory boxes together. They have enjoyed the experience of getting involved with something different which can help others.” 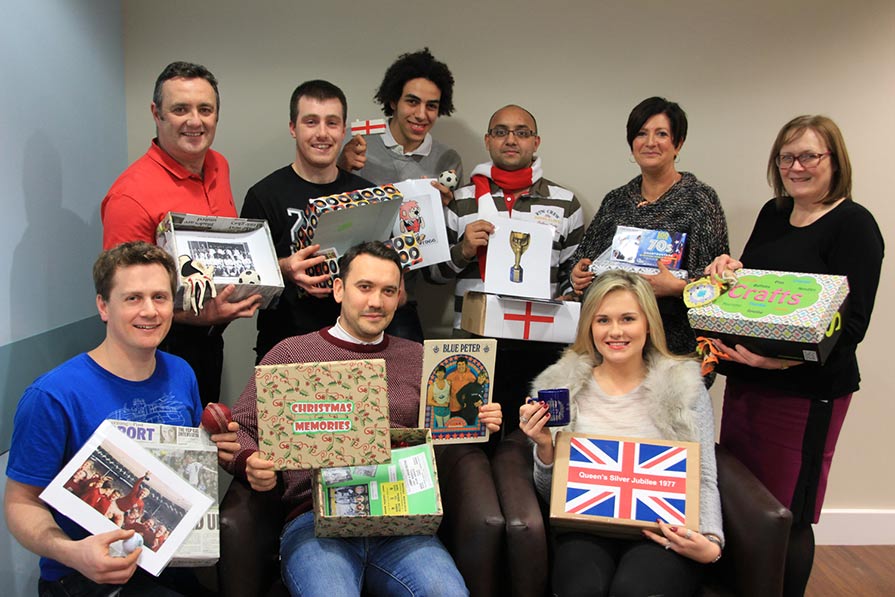 Leeds Building Society has 67 branches throughout the UK, Gibraltar and Ireland and assets of     £12.7bn (as at 30th June 2015). The Society has operated from the centre of Leeds since 1886.