Savers and borrowers like to know the score when it comes to their financial goals, according to new research by Leeds Building Society.

While own goals are something football fans want to avoid this summer, Society members have been talking about their “own goals” and why it’s important to them to set targets for their finances.

A survey of savers and borrowers on TalkingPoint*, the Society’s online member forum, found the majority prefer to have something to aim and plan for, whether it’s putting aside money for a special event or paying down their mortgage.

Nine out of 10 of those surveyed felt setting themselves financial goals was important, and more than half (54%) said it was “very important”.

Men were slightly more likely to say financial goals were important (92%, compared to 84% of women) but both sexes were equally optimistic (79%) of successfully reaching their goals.

Top financial goals in the survey:

Female savers were more likely to be saving for a holiday, whereas a higher proportion of male savers had set themselves a financial goal to pay extra into their mortgage.

Male respondents tended to give themselves a shorter timeframe to achieve their goal (15% within six months), while women’s financial goals were more likely to be longer term (24% giving themselves more than 10 years).

“We were set up more than 140 years ago to help people save and have the home they want and both of these are financial goals we support to this day,” said Jaedon Green, Leeds Building Society’s Director of Product and Distribution.

“Our aim is to be responsive to our members’ needs so we can continue to innovate in creating the products they need and provide them with exceptional service.

“People can have widely differing attitudes to money so we’re keen to find out more about how best we can help current and prospective members to reach their financial goals.” 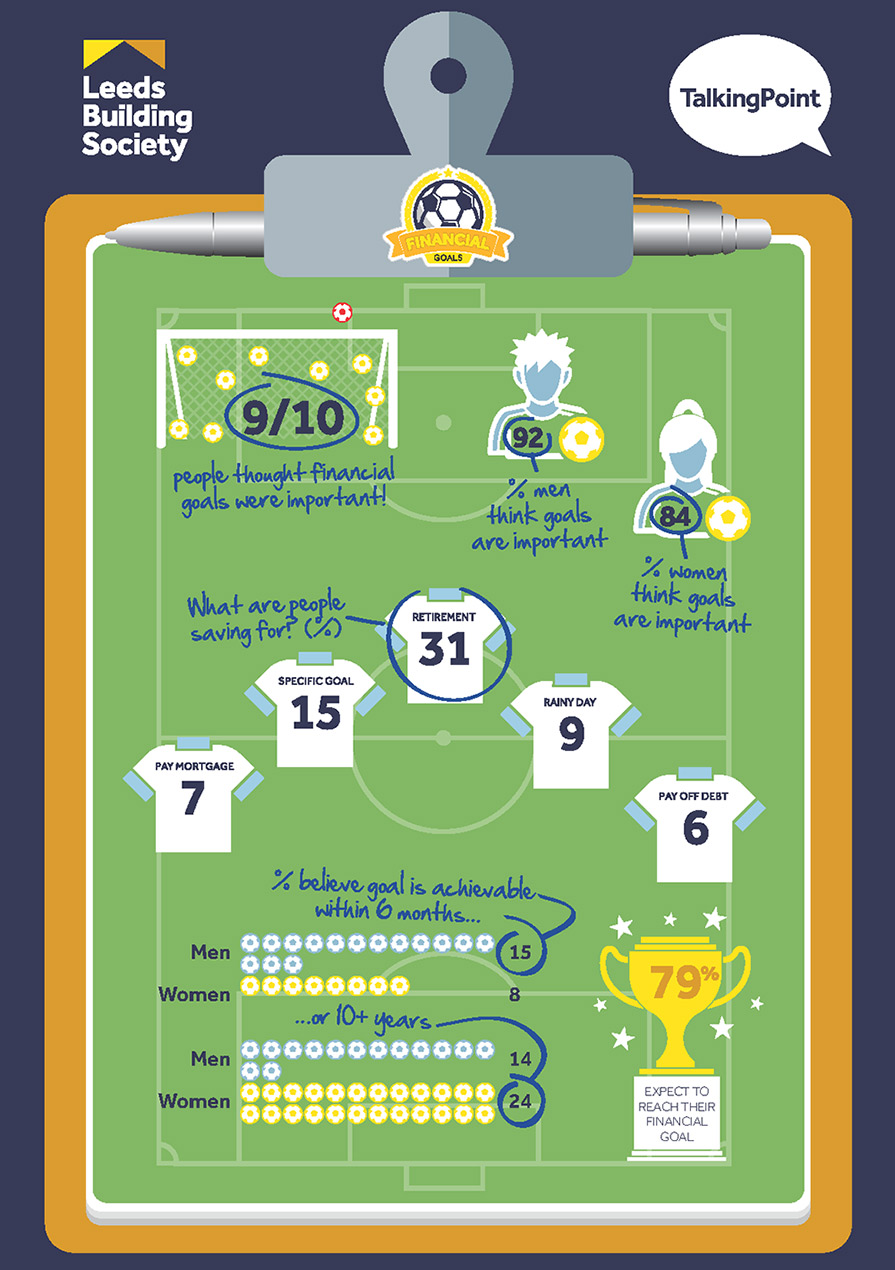 *The survey, which was undertaken through Leeds Building Society’s customer panel ‘Talking Point’, sought the views of 153 members in the month of June 2016.

The Society received the ‘Innovation Award (Lenders)’ at the Mortgage Finance Gazette Awards 2016, the third consecutive year it has won this category, as well as the award for ‘Product Innovation (Lenders)’.