/consumer/press/press-releases/2016/article.page?
Skip to content
You are here:
Back to October 2016 Article created: 3rd October 2016

“We were delighted to celebrate our milestone by making these donations,” said Amanda Evans, Leeds Building Society’s Swansea Branch Manager.

“We’re proud the Society has been helping the people of Swansea to save and have the home they want since 1966.”

Also in attendance at the branch for their birthday party was former Swansea Football Club player Lee Trundle, who signed autographs and was available for photographs.

The branch also undertook extra fundraising activities to raise a further £145 for Maggie’s. 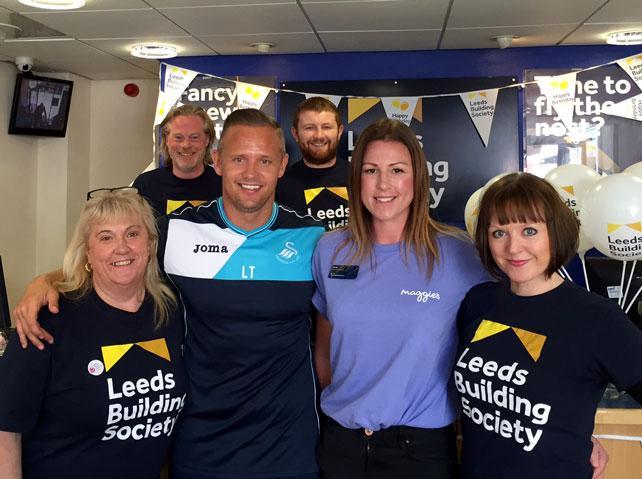 Pictured back row (L-R) are Joel Jones and Craig Howells.

Maggie’s provides free practical, emotional and social support to people with cancer and their family and friends, following the ideas about cancer care originally laid out by Maggie Keswick Jencks.

Ice Cool Kids is a Registered Charity run by volunteers to provide an opportunity for children of all abilities to experience the thrill of Skiing.

The SMA Trust is the only UK charity solely dedicated to funding research into a cure and treatments for SMA and currently funds over 75% of UK charity funded research.