/consumer/press/press-releases/2016/article.page?
Skip to content
You are here:
Back to December 2016 Article created: 20th December 2016

The branch team organised a raffle and raised an additional £300, which was shared equally between the three charities.

“We were delighted to celebrate our milestone by making these donations,” said   Paula O’Sullivan, Leeds Building Society’s Cardiff Branch Manager.

“Our birthday party was also attended by The Rt. Hon Lord Mayor of Cardiff, Councillor Monica Walsh, whose nominated charity for 2016 is Cancer Research Wales.

“We’re proud the Society has been helping the people of Cardiff to save and have the home they want since 1976.” 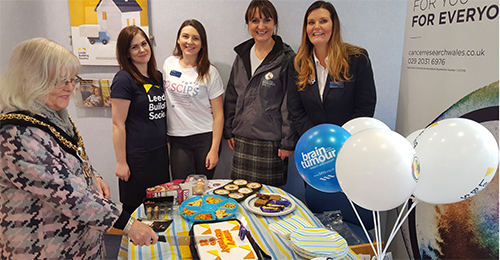