/consumer/press/press-releases/2016/article.page?
Skip to content
You are here:
Back to December 2016 Article created: 8th December 2016

Leeds Building Society Charitable Foundation is celebrating a major milestone after donating more than £1.5 million to worthy causes across the UK.

The Foundation has now helped more than 2,000 charities since it was set up in 1999.

It was established by Leeds Building Society to support UK charities committed to relieving hardship and suffering, or their direct consequences, and awards grants of up to £1,000 to good causes based or operating near Society branches and offices.

One recent beneficiary was Sense, which supports adults and children with sensory impairments to live full and independent lives.

Anne Telling, Manager at the Sense Ashley Court Centre in Rotherham, said: “Our Sensory and Rebound Therapy rooms, which provide vital stimulation, movement and exercise for the people with complex needs that we support, had become run down from continual use.

“The donation from Leeds Building Society Charitable Foundation enabled us to completely refurbish the rooms.

“Their support will have a significant impact on the lives of the people who use Ashley Court, and their families, for years to come.”

Gary Brook, Leeds Building Society’s Head of Corporate Communication and a Charitable Foundation Trustee, said: “As a building society, we are owned by our members and its part of our core ethos to support good causes in the communities where we and our members live and work.

“I’d like to thank our members for their support. Last year, donating the pence amount of their interest, they raised an additional £23,000 for the Foundation which has gone a long way supporting good causes in their communities.” 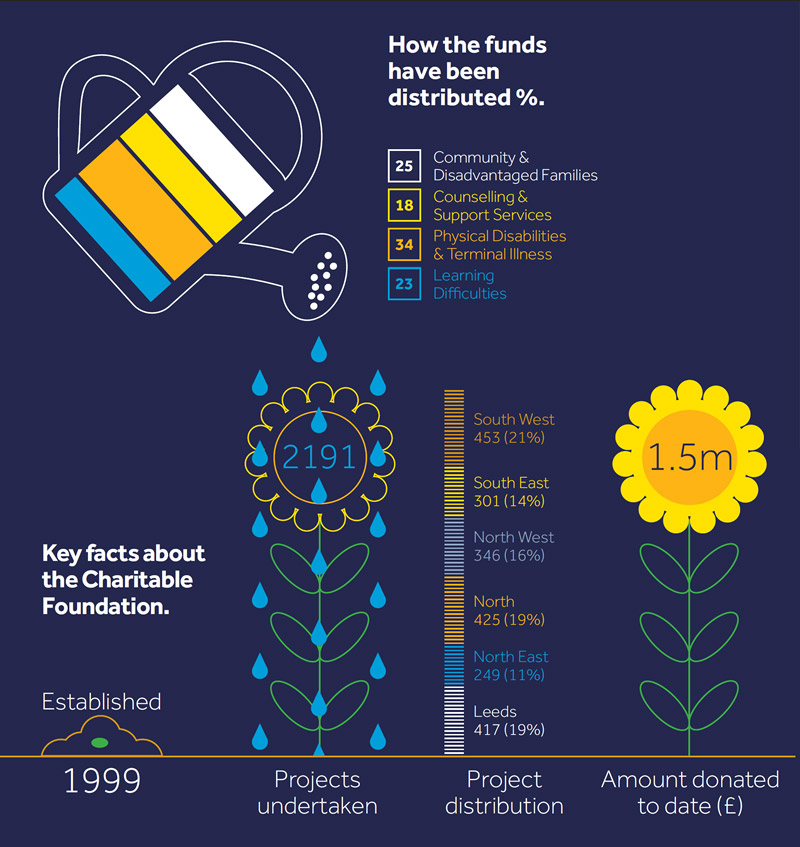 Alongside the Society’s commitment to fund the Foundation, members can choose to donate the pence amount of interest earned on their savings to a range of charities (Marie Curie, Age UK, Variety, the Children’s Charity) including the Foundation.

Leeds Building Society has 62 branches throughout the UK, Gibraltar and Ireland and assets of £14.9bn (at 30th June 2016). The Society has operated from the centre of Leeds since 1886.