/consumer/press/press-releases/2017/article.page?
Skip to content
You are here:
Back to March 2017 Article created: 21st March 2017

Back of the net thanks to Society

The Churwell Lions Under 7s football team have received a £300 donation from Leeds Building Society.

This sponsorship has paid for new kits for the team, with the players proudly carrying the Society’s logo on the front of their shirts for the next two years.

Rob Rancatore, Coach of the Churwell Lions Under 7s team, said: “Many of my Under 7s have only just started playing football this year, so it’s extra special for many of them to put on a club shirt for the first time.

“As a parent myself, taking a photo of my son and daughter wearing their team kit for the first time was a memory to cherish forever.

“I’d like to say a massive thankyou to Leeds Building Society from all involved with Churwell Lions.”

The team were nominated for support by Kirsty Johnson, Compliance Analyst at Leeds Building Society, who said: “We’re delighted to make this donation and support the team.

“This sponsorship fits with our commitment to doing what’s right for our members, colleagues and communities.” 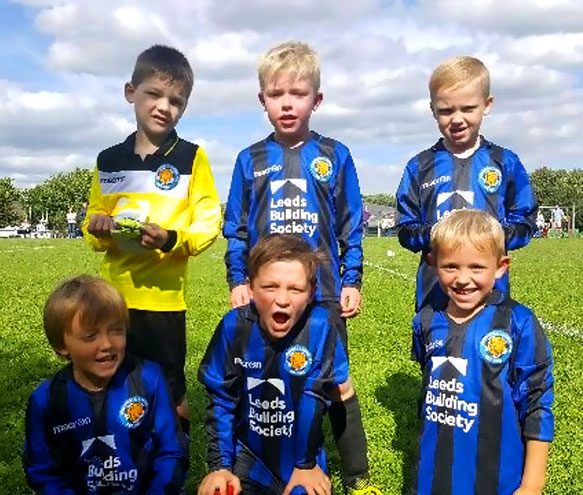 Please see attached a photo of the Churwell Lions Under 7s team.