Members of the Society’s Risk division covered a mile each, from the Society’s Head Office on Albion Street to Candlelighters at Woodhouse Square.

The funds raised will go to Candlelighters and the Society’s colleague charities, Macmillan and Mind.

”By taking on this marathon challenge colleagues at Leeds Building Society are helping us support local children with cancer and their families,” said Brian Curran, Corporate Fundraiser at Candlelighters.

The event was co-ordinated by Vickie Jamieson, Compliance Projects and Change Analyst at Leeds Building Society, who said: “We aimed to organise an event which everyone could take part in regardless of running experience.

“It was a great team building exercise, and very satisfying to think we were raising money for some great causes.

“Our colleagues back at Head Office supported our fundraising effort with a marathon quiz and bake sale.” 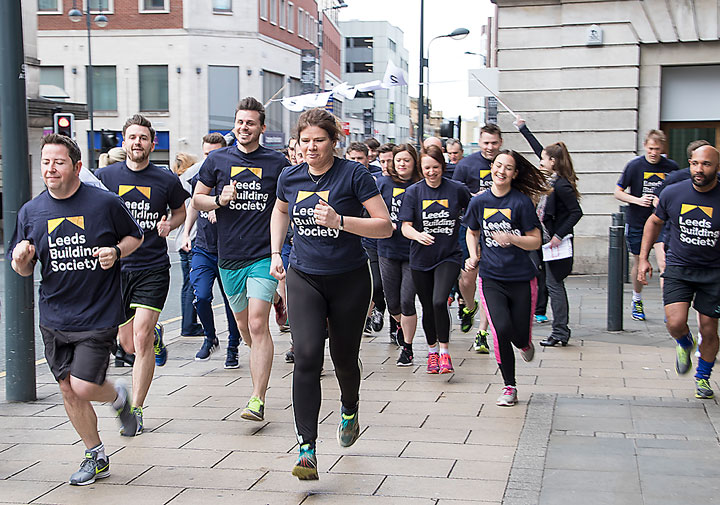 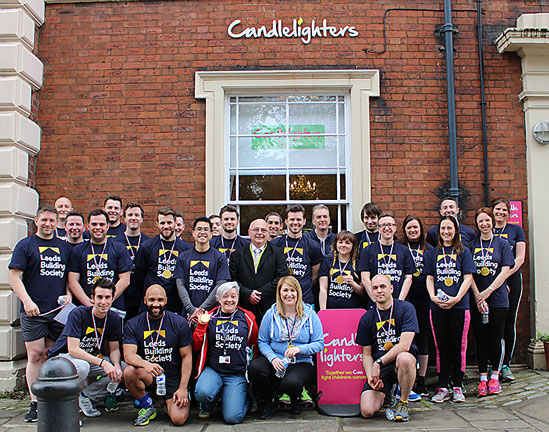 Pictured are the team during and at the end of the event.

Candlelighters support children with cancer and their families throughout Yorkshire. They have a base in Leeds Children’s Hospital and their Family Support Centre on Woodhouse Square where they fund a number of different services to help make life easier for families who are going through a life changing experience.

Leeds Building Society’s colleague charities were chosen after a vote by colleagues. These are Macmillan and Mind in 2017.