/consumer/press/press-releases/2017/article.page?
Skip to content
You are here:
Back to August 2017 Article created: 3rd August 2017

Volunteers from Leeds Building Society came together to support one of the biggest annual events for Leeds Rhinos.

A team of 24 colleagues from the Intermediary team and Head Office branch supported the Leeds Rhinos Children's Day at Headingley Carnegie Stadium.

They were taking advantage of the mutual’s volunteering scheme, which allows all employees a day’s paid leave annually to help a good cause of their choice.

“Over 4,000 people attended and, with over 35 child-friendly activities on offer, a laughter-filled day in the sunshine was had by all,” said Karen Bowman, National Intermediary Distribution Manager.

“We hosted our own stand which included a young savers prize draw, a 'name the bear' competition and a 'selfie' competition.

“Many of the Rhinos players were in attendance on the day signing autographs and participating in the various activities.

“Our 24 volunteers were really proud to be a part of the day, and are hoping to do it again next year.”

Bob Bowman, Chief Operating Officer at Leeds Rhinos Foundation, said: 'It was wonderful to see such a large volunteering presence from our partners at Leeds Building Society.

“They have been such strong supporters of both the Leeds Rhinos and the Leeds Rhinos Foundation for a long time, and their presence on Children's Day added to what was a hugely successful event.” 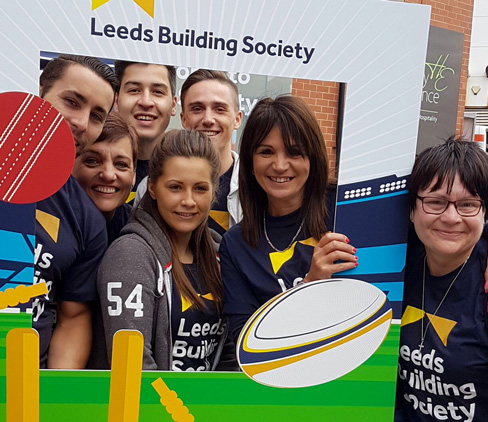 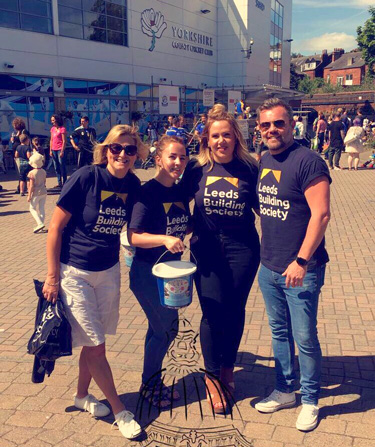 Leeds Rhinos Children’s Day has been held at Headingley Carnegie each year since 2008 and is hosted by the Leeds Rhinos Foundation and Yorkshire Cricket Foundation. Children take part in sporting skills challenges and matches as well as dozens of other activities.