A team of 76 from Leeds Building Society successfully tackled the Yorkshire Three Peaks to honour the memory of a former friend and colleague.

Bobby Williams passed away last year at the age of 23 after suffering from diabetes from the age of 11.

They raised £7,125 for Diabetes UK and Mind – including £1,000 in matched funding from Leeds Building Society.

Mind was chosen for support throughout 2017 following a colleague vote.

Yvonne Langley-Brook, Head of Mortgage Lending at Leeds Building Society, said: “Bobby Williams was a valued colleague but, more than this, a much-loved friend to many who is greatly missed.

“We decided to honour his memory with this walk, whilst raising as much awareness as possible and help to fund and aid research for this illness which affects many.

“We are therefore delighted to have raised over £7,000 in total, and would like to thank everyone who has sponsored us and Leeds Building Society for providing matched funding.”

Any further donations can be made via the team’s justgiving address at http://uk.virginmoneygiving.com/LBSYorkshire3PeaksChallenge 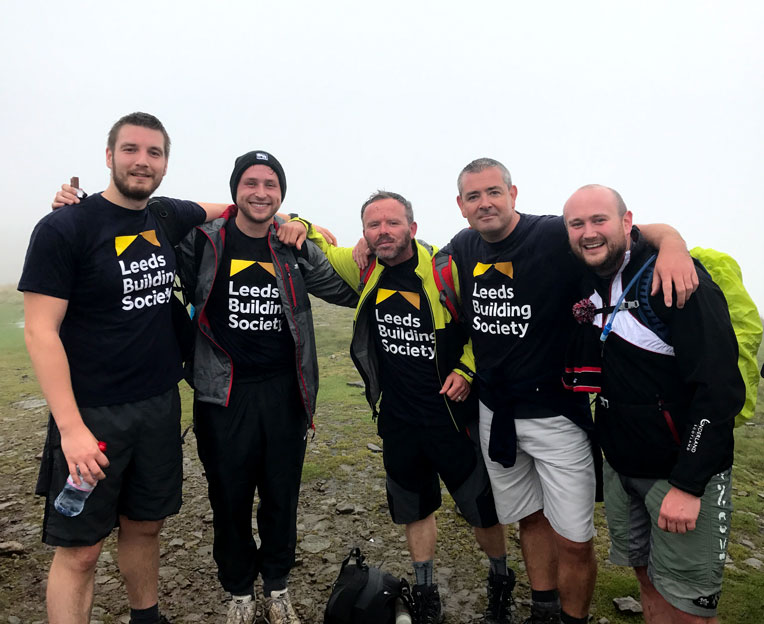 Diabetes UK is the UK’s leading diabetes charity and largest charitable funder of diabetes research. One day their relentless search for a cure will end, but until then they’ll keep providing advice and information, bringing people with diabetes together and campaigning on the issues that are important to them.

Leeds Building Society operates throughout the UK, Gibraltar and Ireland and has assets of £17.2bn (at 30th June 2017). The Society’s head office has been based in the centre of Leeds since 1886.