Leeds volunteers get into the spirit in Haworth

They helped trustees with the general upkeep of the building, inside and outside, with jobs cleaning, painting and gardening.

The three colleagues, alongside their regional manager Chris Ord, took advantage of the Society’s volunteering scheme which allows all employees a day’s paid leave annually to help a good cause of their choice.

Averil Kenyon, Chairman of The Bronte Spirit said: “The Bronte Spirit would like to thank the Leeds Building Society volunteers for all their hard work and enthusiasm. Their weeding and sweeping work has made a huge difference to the look of the area - it now looks tidy, clean and cared for.

“The volunteers have started the process of painting the windows which look so much better and this progress will encourage others to finish the job.

“Their visit has also given a boost to the small group of trustees who are trying to save this building and often feel overwhelmed by the number of jobs that need to be done.”

Alison Barrans, Customer Service Adviser in Bradford, said: “The outside area also needed tidying up, and the team did a fantastic job clearing weeds and overgrown plants to make the area look great.

“The charity was really grateful and happy with the work done - all who attended had a good day and commented on how we were achieving something worthwhile.” 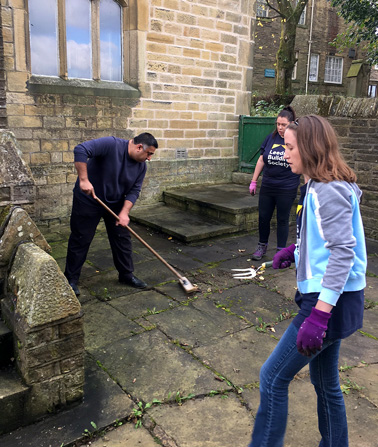 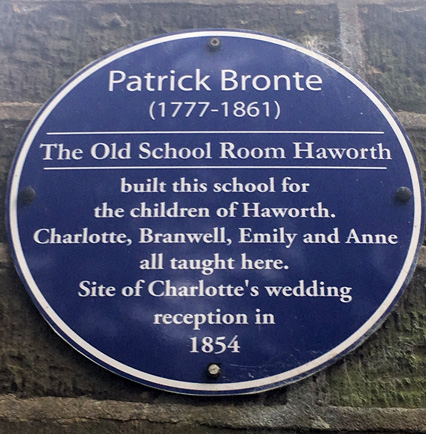 The Old School Room lies adjacent to Haworth Church and the Bronte Parsonage. Completed in 1832, the Old School Room was built under the direction of Patrick Bronte during his tenure in Haworth, and served the village as a successful Sunday School until 1903, after which the building has been used for a variety of different community purposes - including the popular Haworth Beer Festival.