/consumer/press/press-releases/2018/article.page?
You are here:
Back to February 2018 Article created: 13th February 2018

Generous colleagues at Leeds Building Society have scaled peaks, baked cakes and put their quiz knowledge to the test to raise £32,694 for charity.

The total raised will be shared between Mind and Macmillan and will be used to support their valuable work.*

Colleagues have tackled a number of challenges to raise the £32,694 total, including scaling the Three Peaks, holding quizzes and cake sales and organising a football tournament.

Sarah Grindall, chair of the Colleague Charity Group, which organises and co-ordinates colleague fundraising at the Society, said: “Our colleagues have put in a fantastic effort to raise this impressive total.

“So many have given their time and as a result of their support and generosity this money can be used to make a real difference in the communities we serve.

“A big Thank You to everybody who has thrown themselves into all kinds of fundraising activities to help others.” 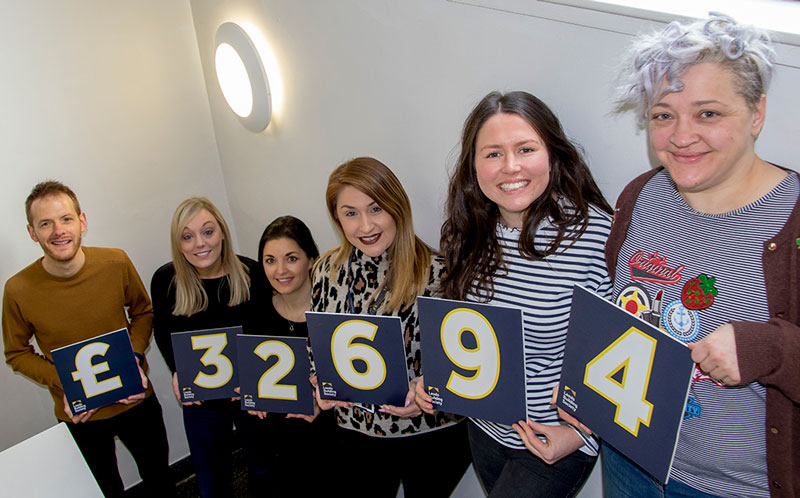 *Mind provides help and support to empower those experiencing mental health problems. Macmillan supports those with cancer, giving them the inspiration and help to live their lives.