/consumer/press/press-releases/2018/article.page?
Skip to content
You are here:
Back to November 2018 Article created: 26th November 2018

The dream property for a staycation in the UK is a cottage near the coast in South West England, according to new research conducted by Leeds Building Society.

The survey* of UK holidaymakers found England to be the most desirable location in the UK, with 62% selecting it as their preferred destination, followed by Wales (36%), Scotland (21%) and Northern Ireland (2%).

When it came to properties, three out of five people named the quintessential cottage as their first choice.

Jaedon Green, Director of Product and Distribution at Leeds Building Society, said: “We know from experience offering Holiday Let mortgages, that location plays a huge role in the success of these properties. It’s clear from our research that traditional holiday locations, such as the South West and Yorkshire, remain as popular as ever with UK holidaymakers.

“The development of online rental platforms and the increasing expectations of consumers have raised the standards expected in holiday rentals. People now expect holiday properties to be well connected to local amenities and be filled with features which have become standard.”

The key features on staycationers’ wishlists for the perfect holiday home were scenic views (74%), free parking (71%) and access to Wi-Fi (45%).

According to respondents, the top five amenities they would like near their holiday home would be sporting facilities, named by 55% of respondents, family attractions (50%), theatres (40%), pubs (33%) and good walking routes nearby (31%). 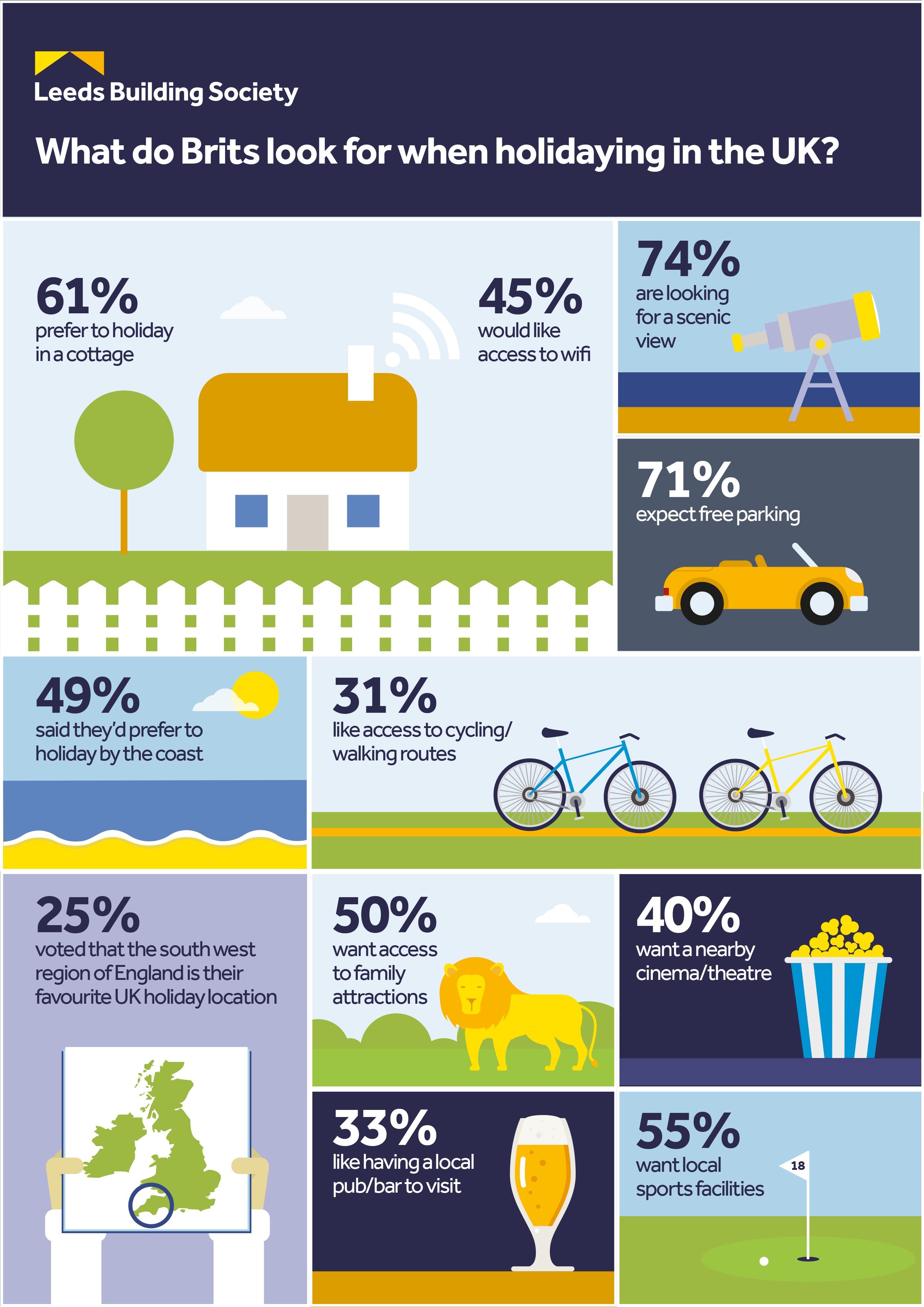