/consumer/press/press-releases/2019/article.page?
Skip to content
You are here:
Back to February 2019 Article created: 14th February 2019

Tim Steere and Deb Walker, who are both Leeds Building Society colleagues, join four external trustees on the Board. They will be responsible for reviewing charity applications received by the Foundation and supporting the Foundation’s long-term strategy.

Both Tim and Deb bring with them third sector experience, with Tim currently holding a trustee position with a mid-sized charity and Deb spending six years in a procurement role for the Canadian Cancer Society.

Daniel Thirlaway and Will Smithson have been appointed to newly-created roles as advisors to the board of trustees.

Gary Hetherington, Chairman of the trustees, said: “Both Tim and Deb have prior experience of the charity sector. Their skills will help the Foundation continue its work supporting charities that are improving the lives of people who are disadvantaged, facing difficulty or in vulnerable circumstances.

“We have also appointed Daniel and Will as advisors to the board. We felt the Foundation should reflect the society it supports and the passion and hands-on local charity experience Daniel and Will have will contribute to the decision-making process.”

Luke Wellock, Leeds Building Society’s Corporate Responsibility Manager and Foundation Secretary, welcoming the new Trustees and advisors said: “I’m delighted Tim and Deb are joining us as new trustees of the Foundation. Their personal knowledge of the charity sector will further enhance the knowledge and expertise of the Board.

“It’s also great to be welcoming Daniel and Will to the newly-created advisor positions. We’re confident their enthusiasm and first-hand experiences of working with charities will mean they make a valuable contribution to the Foundation’s work.” 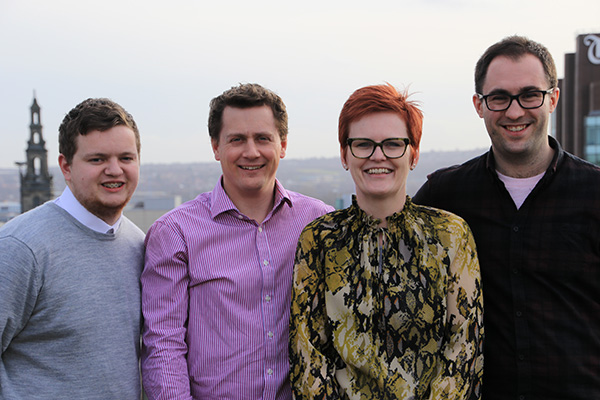 *Members donate money through Leeds Building Society’s ‘Your Interest In Theirs’ scheme. Members can donate the pence amount of interest earned each year through their savings accounts to charity.

The Foundation has donated more than £1.9 million to worthy causes across the UK and has helped more than 2,600 charities since its inception.