/consumer/press/press-releases/2019/article.page?
Skip to content
You are here:
Back to July 2019 Article created: 8th July 2019

The Society secured the Fair Tax Mark* last December and has retained its accreditation after its 2018 accounts were assessed. Through its tax policy and strategy, Leeds Building Society has committed to ensure its tax affairs comply with the spirit, as well as the letter, of the law.

Ahead of Fair Tax Week, Leeds Building Society surveyed its members§ to find out the importance they attached to the ethics and transparency of corporation tax.

While these issues are of major importance to the British public in general, the strength of feeling among Society members was even higher than the national sample of people asked the same questions by Fair Tax Mark.

The research indicated 79% of Leeds Building Society members would trust an organisation with the Fair Tax Mark more than one without the accreditation, compared to 72% of the national sample surveyed by Fair Tax.

Additional findings of Leeds Building Society’s research highlighted the need for financial services organisations to engage with the important issue of tax transparency:

“Members had already told us transparency in business was a priority and when we asked them the questions Fair Tax Mark had put to the wider public this year their response was even more marked. These results show how important tax transparency is not only to building societies and their members, but to the wider financial services sector.

“We recognise our taxes help to fund public services we all rely on, a fact which is vital to our members and their trust in how we conduct ourselves as a successful and responsible business.

“We’ll continue to work with Fair Tax to further improve our tax transparency and would encourage other businesses to do the same.”

Paul Monaghan, Chief Executive of the Fair Tax Mark, said: “All too often paying tax is presented as a burden, but polling of Leeds Building Society members, and our own research, has shown that consumers view responsible tax behaviour as key to trusting a business.

"The vast majority of people in the UK want to support and celebrate businesses that shun the use of artificial tax havens and contrived tax avoidance practices. They understand the contribution tax makes to vital public services like the NHS, policing and schools, and that there also needs to be a level playing field on which businesses compete. Tax dodgers have an unfair advantage, and this rightly generates anger among not just the public, but business at large.

“It is most welcome to see support for the Fair Tax Mark reaching a new high, with nearly two-thirds of the public saying that they would switch the businesses they use to one that has the Fair Tax Mark. This Fair Tax Week we're proud to be supporting organisations like Leeds Building Society who say what they pay with pride." 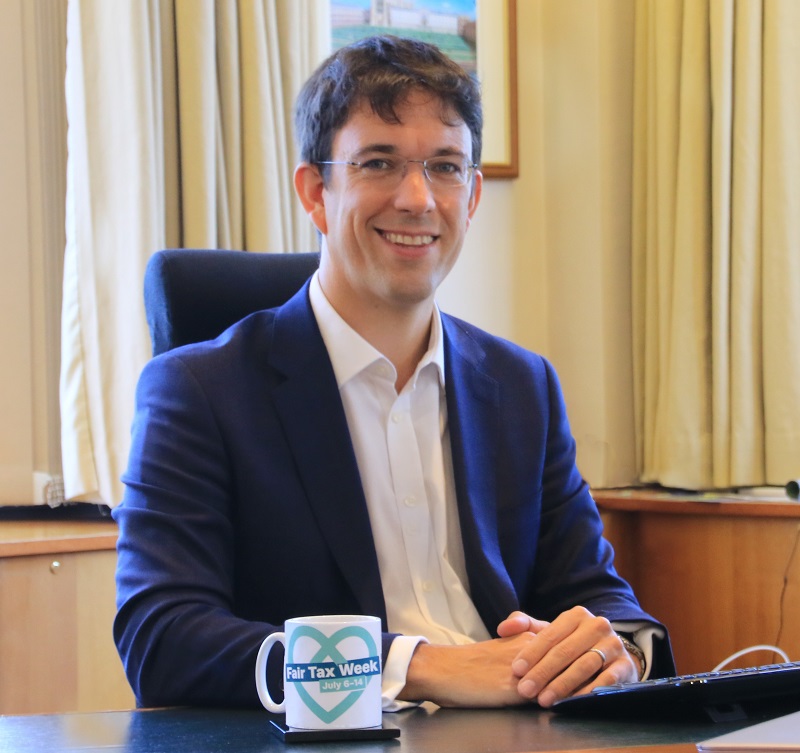 Leeds Building Society has published its approach to tax transparency publicly and it can be viewed here. The Society paid £23.3m in corporation tax in 2018 and had a total tax contribution of £54.8m.

≠Fair Tax Week (6-14 July 2019) is a UK-wide celebration of companies and organisations which are proud to pay their fair share of corporation tax, and an exploration of the positive contribution this makes to society. Fair Tax Week embraces Tax Justice Sunday on 7 July, which is co-ordinated by Church Action for Tax Justice. More information from www.fairtaxmark.net/

*The Fair Tax Mark certification scheme was launched in February 2014 and seeks to encourage and recognise organisations that pay the right amount of corporation tax at the right time and in the right place. Tax contributions are a key part of the wider social and economic contribution made by business, helping the communities in which they operate to deliver valuable public services and build the infrastructure that paves the way for growth. Some 50 businesses of all types and sizes have now been certified, which between them have income of £50bn and over 6,500 offices and outlets. Fair Tax operates as a not-for-profit community benefit society and believes companies paying tax responsibly should be celebrated and any race to the bottom resisted.

§A survey, undertaken through Leeds Building Society’s customer panel ‘TalkingPoint’ and broker panel ‘Intermediary TalkingPoint’, sought the views of 464 people in May and June 2019.

The Society also won the title of Best Shared Ownership Mortgage Lender in the 2018 What Mortgage Awards, its third consecutive year of success in this category.