A guide to fixed rate mortgages

Warning: THE MORTGAGED PROPERTY (WHICH MAY BE YOUR HOME) MAY BE REPOSSESSED IF YOU DO NOT KEEP UP REPAYMENTS ON YOUR MORTGAGE

What is a fixed rate mortgage?

There are two main types of mortgage: fixed rate and variable rate. With a variable rate mortgage, your monthly repayments can go up and down when the interest rate changes, so you might pay more for your mortgage one month than you did the month before.

But if you have a fixed rate mortgage, your lender guarantees that your mortgage repayments will be exactly the same during the fixed rate period, even if the interest rate changes.

The fixed rate period doesn’t last forever, though. Your repayments will only remain the same for a set amount of time. Commonly, this period lasts for two, three, five or ten years, although other terms are available. At the end of your fixed rate period, your mortgage will usually be switched to a variable rate.

The main benefit of a fixed rate mortgage is security. You always know exactly how much you’ll pay, so you’ll never be surprised by sudden changes to your monthly payments.

This security makes it easier to plan for the future. You can budget for the long term because you accurately predict what your mortgage repayments are going to be for the remainder of your fixed rate period.

Are there any drawbacks to fixed rate mortgages?

If you have a fixed rate mortgage, changes to interest rates won’t work against you. But they won’t work in your favour either. Depending on the economic climate, you could end up paying more every month than you would if you had a variable rate mortgage.

On top of this, fixed term mortgages often come with an arrangement fee. Again, lenders charge this fee because of the risk of guaranteeing your mortgage payments.

Most fixed term mortgages also include an early repayment charge, which is a penalty incurred by leaving the mortgage deal early. Lenders charge for early repayment because it costs them money if you pay your mortgage back sooner than expected.

Is a fixed rate mortgage right for you?

It all depends on what you want from your mortgage.

Fixed rate mortgages sacrifice flexibility for security; the suitability of a fixed-rate mortgage depends on which one you value more. Some people might prefer a bit more wiggle room with their mortgage repayments, whereas others like the peace of mind that comes with having a clear idea of their monthly outgoings.

Many people opt for fixed rate mortgages during times of economic uncertainty, when potential changes to the interest rate are very hard to predict. Rather than risk a sudden significant increase in mortgage repayments, borrowers choose peace of mind.

This guide is intended as a summary only and does not constitute financial advice given by Leeds Building Society. No reliance should be placed on this guide. We recommend that you seek independent financial advice if you have any questions or queries. 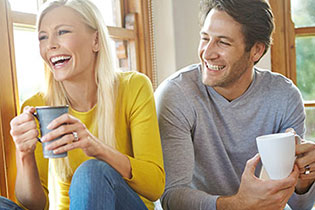 A house is usually the single most expensive thing you will ever buy, so it's important to make sure you understand the different types of mortgages available. 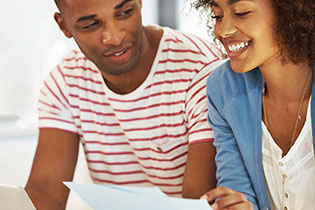 Buying a new home is likely to be the single most expensive purchase you will ever make. When it comes to buying a house, there are a number of other one-off costs that you need to keep in mind and budget for.